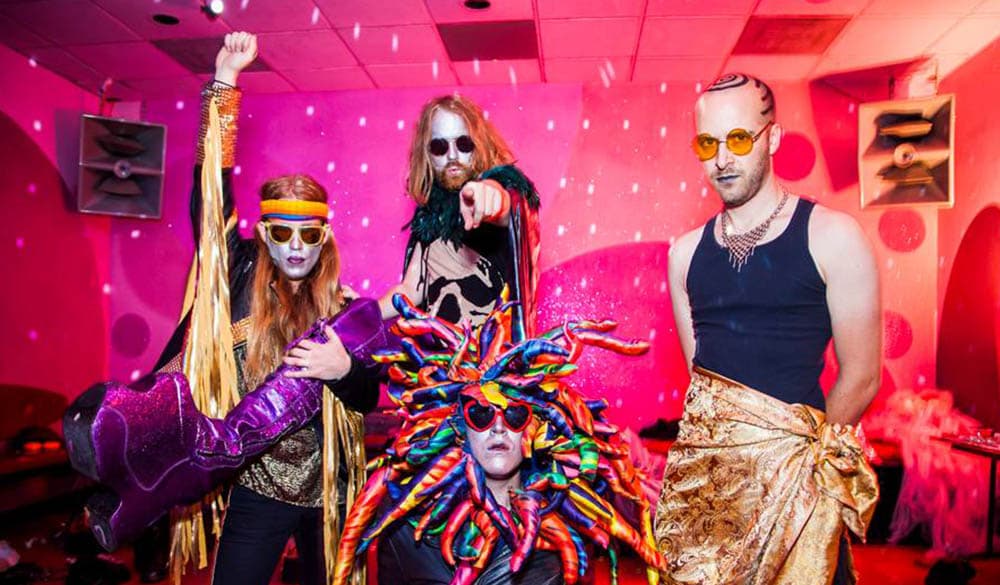 Admittedly, The Gold Web is not really my vibe. That The Flaming Lips, psychedelic kind of vibe. But I’ve seen the Lips live, twice, and they’re fun. The Gold Web’s video for The Emperor is also pretty damn fun, and wild, and a cluster fuck of bonkers imagery. Kaleidoscopic backdrops, animal skulls, witches and ghouls, decadent makeup and costumes. You’ve even got the Satanic, the angelic, and everything in between like a drag queen Donald Trump. It’s as if a cult drank the kool-aid and now they’re having a party. A fabulous fucking party.

Watch the Ross Feighery directed video here and look for the bands new album, “Acidchrist Superspice & the Candyboys”, (of course it’s called that) due January 23.