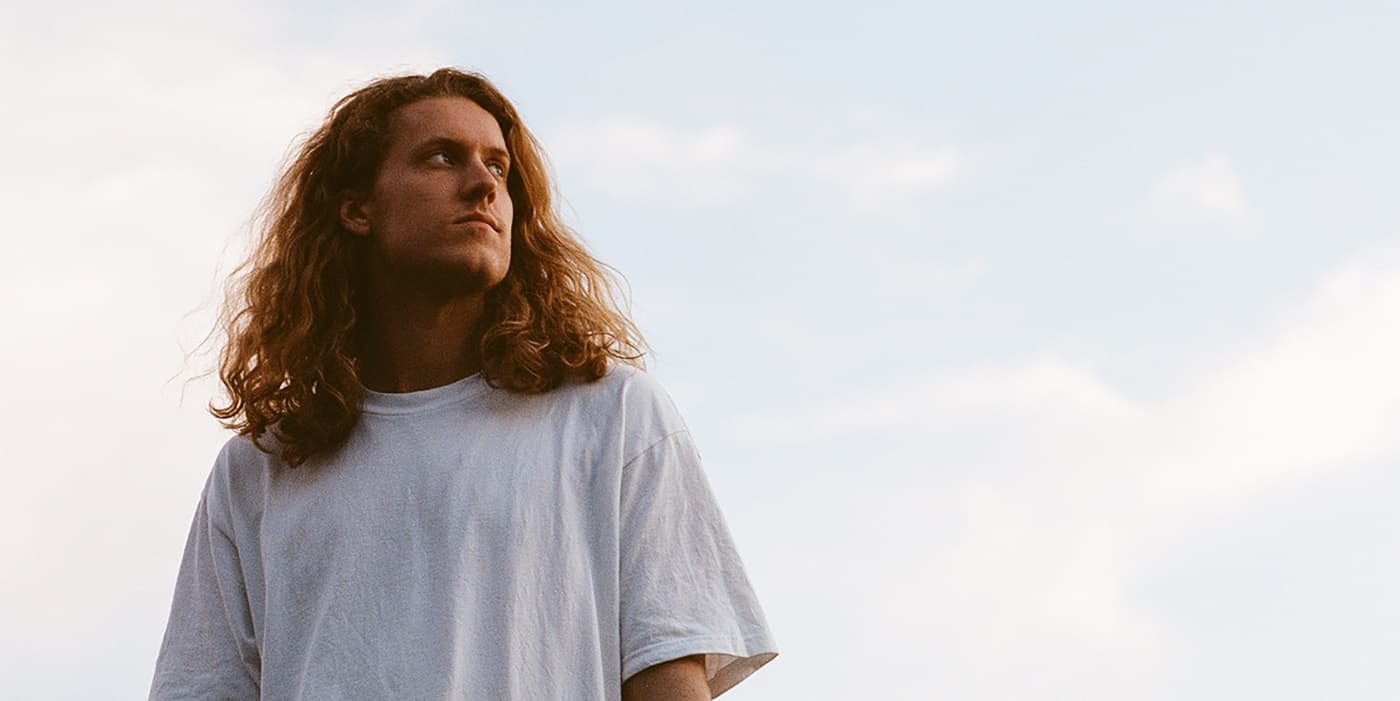 I kicked off the year by chatting with Chris Godfrey about his soulful debut project, “Generation Pains”, and he’s now returned with the first video for the funky I’m Through.

Between various shots of Toronto and more is an unemotional Godfrey performing in his studio and admitting to having no energy or desire to continue on with a relationship. Watch the Elliott Muscat directed video right here and check out what Godfrey had to say about the process and more.

How’s life been since the EP release?

It’s been great! I was lucky enough to have some people who’ve really understood and appreciated the intention behind the music, which means a lot to me. Also got the chance to do some scoring for a really great short documentary, “Mothers Of”, that just premiered at Hot Docs, so that was a lot of fun. Other than that, mainly just working on some more music for the summer.

Why’d you pick “I’m Through” as the first video?

Well, when I put the EP out, I wasn’t sure if the biggest track was going to be “Ms. Sunshine” or “I’m Through”. My gut told me “I’m Through” was the one, but a lot of friends seemed to like “Ms. Sunshine”. Anyways, I released the music and over time, it turned out that gut feeling was right. So essentially, it was everyone listening that picked it as the first video.

What was the inspiration? / How does the video connect with the song?

Elliott (Director) and I were bouncing around some more elaborate concepts for a while, but nothing was feeling right. The song is about breaking up with someone, but it’s also about the feeling of being right at the end of something you’re ready to leave behind. It’s the emotion of closure. One night we just decided to take that feeling and run with it. What we ended up doing was grabbing some film, and just driving around the city together, shooting a bunch of locations that have some significance in my life that I’ve now moved on from. It’s pretty personal like that.

If you’ve ever listened to any of my music, you know I love nostalgia, hahaha. So the best part was probably revisiting all these old places from my past.

To be honest, nothing that out of the ordinary happened during the shoot other than the fact that it was pouring rain and we only had one umbrella, which obviously went to covering up the camera, so we got totally drenched that night. Also, the shots with me in them were done in the same studio that I used to record the EP, so I guess it’s a bit full circle in that sense.

The “Rooftop Interlude” video has a similar vibe. Do you plan on continuing that with future videos?

Yeah, both of those videos were shot on super 8mm film, and both were very spontaneous in their inception. I think that rooftop video was literally Elliott just having some extra film lying around and saying “hey, let’s go to the roof and shoot something”. The process was pretty similar for this video. As far as continuing with that aesthetic, I definitely like the emotion that it brings. But at the end of the day, it’s about finding a way to represent the music on a visual level. As my music evolves, so will the visuals. I guess I’m not really sure?? Hahaha.

How’s the band coming along for those shows?

Haven’t put a band together yet. The plan for right now is to get some more music out, and then there will probably be a few shows later on in the summer. I will say that I’m really itching to play some live music again, so it’s definitely coming, but I don’t want to rush it. I’ve done that before, and it’s never worth it.